To update and replace the company’s 70-plus desktop computers in a streamlined manner that would be manageable for one person and with as little disruption to the end users as possible.

The Richards Group had experienced growth in their employee base over the years and keeping each person’s desktop up to date with the latest patches and software was becoming increasingly cumbersome, especially considering the drive time to and from their six locations. They wanted to upgrade desktops in such a way as to not overwhelm the one-person IT department.

SymQuest® has worked with Richards Group for many years and having already virtualized their servers, was able to carry that one step further by virtualizing their desktops. Now, The Richards Group has one ‘gold image’ of their perfect desktop and that image is pushed to each user’s thin client– a small device that replaces the
desktop computer.

The final solution included a roll out of more than 70 thin clients to the entire team
over two years.

The Richards Group saved a significant amount of money by moving to virtual desktops. Not only do the thin clients cost less and have fewer moving parts to maintain, they last two to three years longer and use less energy. But the real savings comes in management of the system. They have kept their IT staff to one person (even though they’ve grown their employee base by about 40%), who manages all desktops from one location. Updates are done once to the ‘gold image’ instead of updating each and every desktop throughout the system. The rollout was managed without affecting the IT administrator’s regular responsibilities, and best of all, the employee transition was seamless, with no downtime. None!

“Everyone in the company is now focused on their job. We no longer spend time hoping for compliance from the end users on patches, upgrades, backups and the like. We know the system is strong, we know the maintenance is proactive, we know we’re saving money. We know we made the right move.” – Rick Sorenson, System Administrator 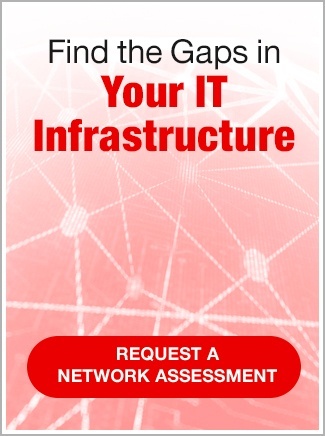 What Our Clients Say:

“Everyone in the company is now focused on their job. We no longer spend time hoping for compliance from the end users on patches, upgrades, backups and the like.”

“The SymPowered Office Makeover dramatically improved how we serve our clients, enabling us to better fulfill our mission of helping families to be successful.”

“I am able to manage user network support issues with SymQuest’s team of network engineers and the assistance of a part-time database specialist.”